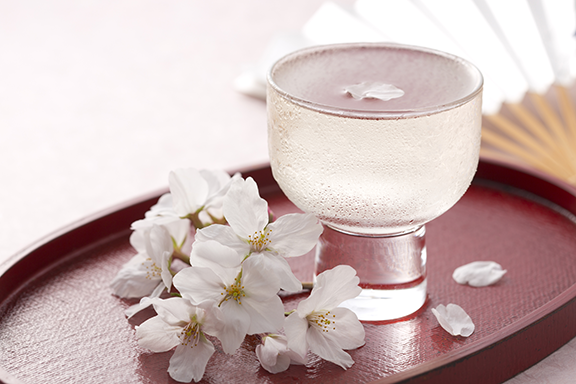 "Junmai" - what' does that really mean?

When you look for sake in store you might notice some sake do not have the “Junmai” on the label, such as some of Ginjo and Daiginjo sake, Honjozo, Tokebetsu Honjozo, Futsushu type sake (explained more in “Type of Sake” section.) What that means?

During the period of 17th to 19th centuries while sake making foundation was established, sake has always been made only with rice, water, koji, and yeast without any other additives. Therefore, the sake was Junmai sake (pure rice or only rice) as a default.  However, around the turn of 20th century, some of the newly invented technologies allowed the emergence of a new sake category, such as the sake with added distilled alcohol called aruten-shu: such as Honjozo sake. Aruten-shu has been distinctly classified without “Junmai” on its label. That is why some sake are branded without “Junmai” on its label in order to signal that sake contains added brewer’s alcohol. In generally speaking, “Junmai (rice only)” sake is considered premium than aruten-shu.

In addition, the advanced rice milling machine was developed during 20th century’s industrial evolution. These machines allowed sake brewer’s to polish each rice kernel in precision. What’s more, the sophisticated machines allowed brewer’s to monitor and control lower temperature fermentation method. Thus, we welcomed the emergence of another totally new types of sake, such as Tokubetsu Junmai, Junmai Ginjo or Junmai Daiginjo sake. The concept of above definition of “Junmai” on the label still applies here. If the sake contains brewer’s alcohol (aruten-shu), it is called Tokubetsu Honjozo, Ginjo or Daiginjo sake, without “Junmai” on the label.

What might be confusing about sake for general consumers in America would be the fact the industry often use the word “Junmai type” in order to describe the taste profile of sake, compared to “Ginjo type” sake.

For many sake connoisseurs the word “Junmai type” often refers to the sake profile which represents the one brewed in the traditional old world method, before Ginjo types (highly polished rice used) were invented in 20th century.

In the body and taste profiles, the sake is distinctly different between traditional old world “Junmai type”(full body umami base) sake and contemporary “Ginjo type”(fragrant, light, delicate) sake (see “Type of Sake”). It is similar comparison to red wine versus white wine. It would be helpful to understand this distinction when you choose your sake--Junmai type or Ginjo type flavor profile.

In this particular instance, the taste profile of “Junmai type sake” includes: Junmai, Tokubetsu Junmai, Honjozo (aruten-shu), Tokubetsu Honjozo (aruten-shu) type sake. Even with or without the brewer’s alcohol, all these sake which is made with less polished rice often represent full body sake with great umami flavors and higher acidity and its richness would be enhanced by serving warm.

In comparison, the taste profile of “Ginjo type sake” includes: Junmai Ginjo, Junmai Daiginjo, Ginjo (aruten-shu), and Daiginjo (aruten-shu)  sake. These “Ginjo type” sake are made with highly polished rice, even with or without the brewer’s alcohol, all these sake are often more fragrant, fruity, and light in body and its delicate aroma and flavors would be more prominent when it is served chilled.